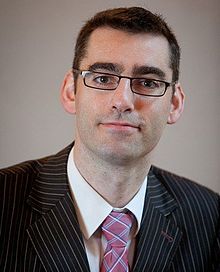 Are you an irritating and conservative obstructionist bent on defying your employer?

Do you think that people suffering extreme pain should grin and bear it, in order that you don't have to sacrifice your principles?

Do you just really hate your patients?

Well, the hospital may soon be looking for a new leading pain specialist, and methinks it sounds like just the job for you?

This week in Jersey politics, our culture minister has been suspended for the heinous crime of emailing a few States members, calling for a pain specialist at the hospital who refuses on principle to prescribe medicinal cannabis to be sacked.

I think we all know that he's essentially correct (if a little crass), and that someone who hoards drugs away from their patients based upon moral principles rather than empirical evidence would be better placed in the hospital's chapel, rather than its pain clinic. However, what really interests me about this case is the justification that JLF and his cronies have given for Monty's sacking, which is a paragraph in the ministerial code that gives ministers a "duty" to uphold the political impartiality of civil servants and "should act with courtesy and respect at all times towards officers".

Do we really think that setting a precedent, where ministers can be sacked for suggesting a civil servant may not be of the highest possible calibre, is really a good idea?

I support our civil servants, and I think the way they've been treated recently is appalling. However, it is a fact of life, inevitable in any government of any size, that some civil servants will be bad at their jobs, will be corrupt, will be pursuing political agendas of various sizes and scopes. We're told we live in a democracy - our elected representatives, whatever you might think of them, have a right to hold these unelected civil servants to account and ensure they're executing the government's will properly. Sometimes, that means asking awkward questions and saying things that might ruffle a few feathers - but that's part and parcel of representative democracy, if that's what you believe in.

We've got to be honest about the failings of our civil servants, just as we've got to be honest about the way they're treated by the States Employment Board and other bodies. If we can't criticise, if we can't point out flaws, if ministers can't ask difficult questions and say difficult things, then the agenda is not being set by the politicians, but by the bureaucrats, and that isn't democracy.

Otherwise, this island is nothing more than a bureaucratic dictatorship.
at March 31, 2019