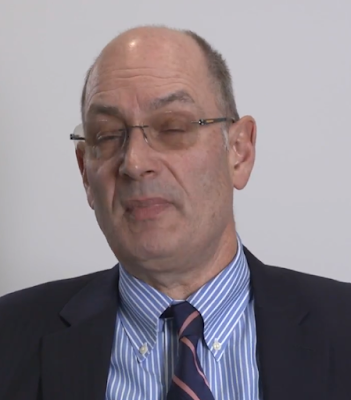 Are you a disgruntled retiree looking for a well-paying seat to place your bum onto while you slowly glide towards your impending death?

Did you run an election campaign based entirely on selling yourself as a good person rather than someone with half-decent policies?

Have you found that your £46K/year salary isn't sufficient to prevent you from whining about it in the local rag?

Well then, the position of Connétable de Saint Ouën may be just what you've been looking for!

That's right, folks, our esteemed local Connétable is at it again, this time telling hacks that States members need a pay rise. According to Mr Buchanan, "If it [the Assembly] wants to attract people with real ability from the finance industry, then it has to realise those people are worth a certain amount of money." and, reassuringly, that he's finding his shiny new position to be "a lot more work than I expected". I always thought the reason these parish types sold themselves on their experience at the top of parish life (as Buchanan does extensively in his vote.je statement) was because they knew how it worked and how to handle the workload. Obviously, our Richie doesn't seem to have had the same experience!

After all, it's not like there's a big pay dispute going on at the moment, in which the States have repeatedly claimed that there's no more money left, is it? It's not like a senior member of the States Employment Board and the government as a whole making these sorts of comments could be seen as massively insensitive, right? Oh, yes, did I remind you that Connétable Buchanan is on the SEB, and an Assistant Chief Minister?

To be fair, it's not like you'd know that from the way he conducts himself. According to Bob King of JCSA Prospect, "He’s talked about intense negotiations but he’s never been in them... I have only had one conversation with the guy, at my request, to say the whole thing is going to hell in a hand cart and here’s your chance to sort it out, and there was much hand-wringing from them".

Encouraging as ever, eh? We all know that the "negotiations" are a joke, a farce which involve the States representatives banging on about lack of money and little else, but you'd think the SOJ would at least pretend to try, right? Apparently not, especially when you're dealing with a man who, not even a year into his new job, declares that he'd rather be "having a rest" than serving the parish as Connétable. Obviously the Assembly is a bit too high-energy for Mr Buchanan.

Don't you worry though, gris ventres; after all "It’s a challenge. I shall probably give up at the end of four years, exhausted and worn out". Stunning! Why bother with anything as ghastly as a potential challenge when you can be elected unopposed, trouser two hundred grand and split after four years, amirite?

I'll be honest, Richard, mate; it's not a great first year, and no amount of tasteless whinging to the rag about your salary is going to change that. Saint Ouën and the Assembly in general need vigour, energy, political aptitude - not a low-energy ex-finance drone whose selling points include "63 years of life experience". 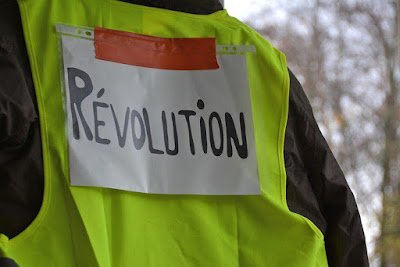 France is on fire.

I'm sure we all know what's happening across the water. For five weeks, "yellow vest" protests have gripped France as decades of austerity, tax rises and attacks on workers boil over into blockades, demonstrations and violence on the streets. The French police, protectors of the French ruling class, have responded as police always do - with beatings, gas and armored personnel carriers bearing the flag of everyone's favourite industrial-financial cartel, the European Union. Still, the French aren't a people to take this sort of thing lying down, and every week they've been back on the streets - angrier, more prepared, and more demanding.

Of course, no self-respecting protest movement goes uncopied, and, since the middle of November, movements trying to catch onto the yellow vests movement have popped up in Italy, Bulgaria, the Benelux, Germany, and even as far off as Jordan and Iraq.

And, now, famed local nonce-catcher Cheyenne O'Conner has put together a Facebook group to encourage us Beans to get our jaunes câsaques (Jérriais for "yellow jackets") on and get out on the streets! In a post from the 15th of December, she writes:

"Time to get off our arses and start doing something about the issues we have on our island.
We are going to pick 5 big issues to protest. We will need one person standing for each issue.


This can be any relevant issue on the island, Rental prices, wages, childcare and so on.

Well, lar-di-da, people in Jersey standing up to the ruling class! Not often we see that, now is it?

Even if the involvement of local fascist Ciaran Gettens has got my alarm bells ringing (this time, my man's informing us of how "unwelcome" he feels if people speak Portuguese around him - you'd almost think he's a racist!), the poll O'Connor has set up to determine what the new movement's goals will be has turned up a few interesting results. Top, of course, is higher sentences for paedophiles - unsurprising on an island where paedos can get away with a couple of months in La Moye for plotting to groom a child - with some others being lower rents on social housing, a £10 an hour minimum wage, abolition of GST on essentials and a general legalisation of cannabis.

They're no revolutionaries, our jaunes câsaques, but I find this whole thing pretty interesting nonetheless. £10/hr, abolition of GST on essentials, lower rents - these are all things we've all been pushing on for ages, but no-one's yet organised into a cohesive movement. O'Connor's jaunes câsaques have the potential to bring together a big section of Jersey society which austerity and Parkerism have left badly pissed off. As I write, the group on Facebook has 500+ members, and growing, with a couple of half-decent left voices taking their forms in Jan McAllister (the woman behind this), "Phil Example-Card" AKA Phil Renouf (local libertarian socialist, direct democracy activist and architect of a bright idea from a few years back to establish a "Jersey Pirate Party" as a part of the international pirate politics movement) and the man, the myth, the legend, John McNichol, a Reform Jersey candidate from May's election and a committed socialist and anti-imperialist.

Keep Nazi uniforms out of our bunkers

It's come to my attention in the last couple of days that a small bust-up has occurred in the last week within the fortress subcommittee (FSC) of the Channel Islands Occupation Society, and it's given me a bit of a wee cause for concern.

You might remember from a blogpost I wrote back in September, criticizing the increasingly common presence of Nazi swastikas graffitied onto the island's German bunkers, that I'm not such a fan of edgy neo-fascist symbology around our bunkers.

You may also be aware that last week's meeting of the Occupation Society's FSC recorded in their minutes a certain discussion, entitled:

"It was brought to the meeting under general conversation that the current rule with regards to uniforms being worn needs to be altered, potentially to be allowed with the main committees’ approval due to the number of living history / re-enactment groups we have visiting the societies various complexes, as the rue stands, we should be refusing entry to said groups / people which would, be very detrimental to the societies (sic) reputation as well as losing a fair amount of entrance fees"

Entrance fees! Of course! Who cares about neo-Nazis potentially latching onto this when there's money to be made?

You know, I'll say right here and now that this is just my two cents. I'm not involved with the Occupation Society or maintenance of these sites in general, so maybe there's something I'm not getting here. That said, I feel like it's going to be a lot more "detrimental to the societies (sic) reputation" to allow uniformed fascists to parade around our bunkers under the guise of re-enactment - as Jon Carter, head of Jersey Heritage once called the idea, it's "insensitive, tasteless and insulting to the victims of Nazi tyranny".

That's right, we've had this debate before, and the clowns in favour were pretty soundly rejected. Back in 2007, Insel Soldaten, a group of "re-enactors" led by infamous public twit and Moore Stevens trust officer Simon Dodkins, tried to convince us that letting people who enjoy dressing up as agents of ideological criminality and homicidal racism was A-OK. After a public consultation, in which a large amount of people came out violently against the idea, and the President of the Jersey Jewish Congregation said it would "give encouragement to those people who either deny the holocaust or perhaps more unfortunately tacitly support all or part of the aims thereof", this got followed up by a Special Branch investigation into potential links with off-island neo-Nazi groups. Sounds pretty sensitive, right? Not according to our Mr Dodkins, who, according to the local rag, claimed at the time that "he could not understand why opinion was divided within the Occupation Society as to whether dressing up as German soldiers was a good idea or not".

Is Mr Dodkins thick, or simply deeply out of touch? I wouldn't dare presume exactly what sort of ideas in Mr Dodkins' head might've precipitated that sort of view, but suffice to say it feels a little worrying.

I'm not sure why, after the previous pushers of this farce of an idea were investigated by national counter-terrorism police, the Occupation Society are working on this idea again.

Who in the right mind thinks they're serving the public interest by pushing for this?
at December 04, 2018 1 comment: