On the death of Cde Robert Mugabe - a reply to @TheOnlyGuru 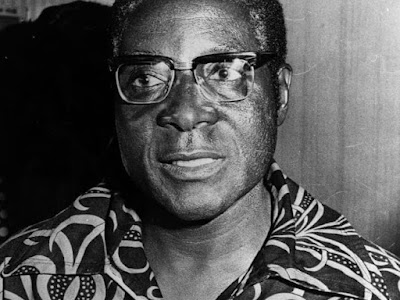 On the morning of the sixth of September, 2019, the founding father of the Republic of Zimbabwe, comrade Robert Mugabe, died in a hospital in Singapore.

Cde Mugabe's death was met with all sorts of nasty reactions from various internet personalities, condemning him for all sorts of crimes (real or invented), as would make sense for one of the world's most divisive men. It was, however, also met from several quarters with something even worse - resurgent nostalgia from white supremacists for the unrecognised and illegitimate gangster state of Rhodesia, and particularly Rhodesia's PM, Ian Smith.

Rhodesia has long been a touchstone for white supremacists, both British and American - as a state with a white-only government, which unilaterally declared independence from Britain when it became apparent that the British government was no longer going to tolerate openly racist colonial governments ruled by a small minority of white landowners, many white supremacists view Rhodesia as an honourable example of a white government that refused to surrender to black people communists, even in the face of a supposed "betrayal" on the part of the British government. This is, of course, nonsense - Smith and his government were arch-racists whose only aim was to prevent black majority rule in Zimbabwe, and to hold onto their own illegally seized farmland - but it's a pervasive myth, even among those who model themselves as ostensibly progressive in other areas.

This brings us to online poser, self-described "extraordinarily thin woman", unrepentant user of her own invented turn of phrase (think "racist impression of your beany nan"), and, it seems, Rhodesia LARPer, @TheOnlyGuru (or 'Binky'), a Twitter user with nearly 10K followers from our own lovely island of Jersey. Take a look at the absolute state of this:


Ever criticised Ian Smith for heading up an explicitly racist colonial holdout? Opposed lionising the leaders of apartheid-style settler regimes? Hell, ever thought that calling Ian Smith a "great and well liked" guy is - maybe, just maybe - a bit much?

You are now a "person of little knowledge", apparently.

Smith's military record is almost irrelevant here. Yes, he fought in WW2 against the Nazis, and no, he was not a fascist - so? Whatever you think about Robert Mugabe, Smith was an unrepentant racist who fought a brutal war to cling onto his own power, and, with that power, white minority rule in Zimbabwe. He declared independence from Britain because of a demand that the Rhodesian government eliminate qualified franchise - a system under which only property owners (i.e. white people) could vote, because he feared the land of white property-owners would be redistributed to the poor black agricultural workers who were owed that land as their national birthright. His regime was backed by racist regimes in South Africa, Portugal and Israel, and used chemical and biological weapons such as thallium and anthrax to contaminate water supplies. Smith may have been "well liked" by the white landowners whose interests his government represented, but he was hated by the majority of Zimbabweans and opposed by several large revolutionary groups as well as most of the countries surrounding Rhodesia. The fact that the BRITISH EMPIRE thought this guy was too much to stomach should give anyone pause for thought.

Cloak it in silly language and opposition to Mugabe all you like. The fact is that there are only two sorts of people who lionise Ian Smith - the violently racist and the profoundly idiotic.